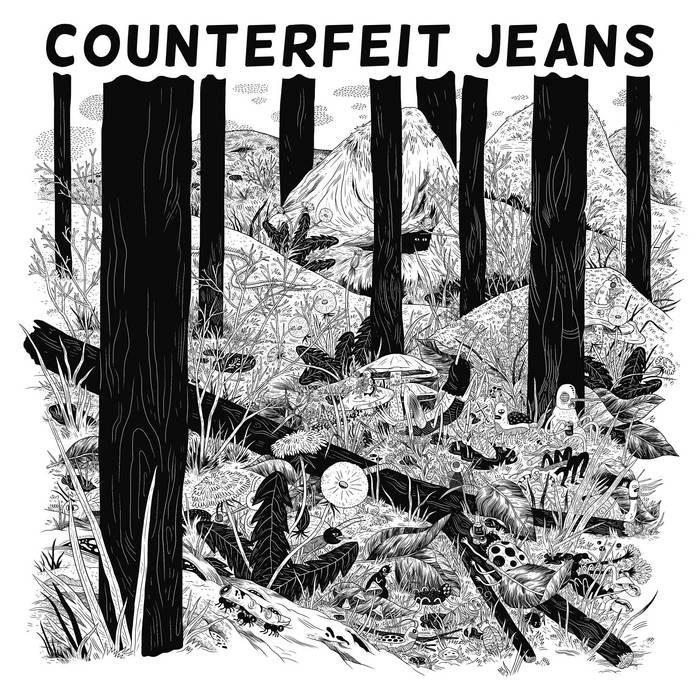 "The Nirvana comparison is appropriate throughout the writing. In the noisier moments there are hints of Sonic Youth and Dinosaur Jr., and the melodies are reminiscent of Lou Barlow’s best moments with Sebadoh. Whether these are apt points of reference for the band or not, Counterfeit Jeans has made a record that sounds wildly fresh, breaking some heady ground on their full-length debut," Mike Dunn, Beatroute

"Counterfeit Jeans, the album, is even more unsettling, explosive and vital than their four-song, self-titled EP which came out of nowhere and took Edmonton’s music scene by storm in 2015," Sandra Sperounes, Postmedia / Polaris Music Prize

"Counterfeit Jeans [is] the kind of band that you need to know about. Loud, abrasive, and some brilliant guitar-work. Considering they're a three-piece they make some beautiful noise," The Pentatonic

"Counterfeit Jeans . . . [has] finally dropped their first full-length. 'Black Light' is a good example of why this is a new band to take note of," Mark, Ride the Tempo

Some band from Edmonton, AB.